Atomic Absorption (Spectrometry) is used for analyzing solutions for their metal content.

A substance which, when dissolved in water, forms a solution, with a pH of less than 7.  The etchant used to dissolve the substrate, to form the component/features.

Optical energy that is absorbed by radiation-sensitive coatings to produce an image by chemical changes.

The accuracy of the relative position of an image on a phototool with respect to: (a) an existing image on a
substrate, or (b) each of the two pieces of film making the phototool.

An image selectively placed within or out of an array for either testing or aligning or both.

A substance which, when dissolved in water, forms a solution with a pH more than 7

Unit to define wavelength of light, ultraviolet energy and x-rays; one angstrom is equivalent to 10-1 nanometres
(10-10 metres).

The positive electrode in an electrolytic cell.

A block of multiple images arranged in columns and rows.

An accurately scaled pattern (usually a single image) which is used to produce the artwork master or phototool(s); a
product consisting of an image on the surface of a stable base. The proper description of the artwork must include
the required specification for tone and orientation, as these specifications impact subsequent photo processing
operations and/or usability

An accurate one-to-one pattern, usually a single image, which is used to produce the phototool(s). The proper
description of the artwork master must include the required specifications for tone and orientation, as these
specifications impact subsequent photo processing operations and/or usability

Viewing or photographing an object by placing it between a light source and the eye or recording medium.

A thermal process used to dry or cure.

The material to which a coating or plating is applied, and/or from which stock is selectively removed by chemical
machining; the material onto which a photosensitive, strippable or scribable material is applied for use in
producing phototools.

Designating or conforming to either of the scales used by the French chemist Antoine Baumé in the graduation of
his hydrometers or relating Baumé hydrometers. There are two Baumé hydrometers. One (Heavy Baumé), which is
used with liquids heavier than water, such as ferric chloride etchants, sinks to zero degrees in pure water and to 15
degrees in a 15 percent salt solution. The other (Light Baumé), for liquids lighter than water, sinks to zero degrees in
a 10 percent salt solution and 10 degrees in pure water.

Lines approximately half etched into the metal surface that can be used to assist with bending the part in a
subsequent operation.

The workpiece, cut to size for processing. See Etched Blank.

Region outside the functional pattern area(s).

Patterns which appear in the border area of phototooling; these patterns may include tooling hole “bulls eyes,”
identification, test patterns, registration and fiducial marks

Also called “oil canning”; a distortion of a metal surface, appearing as a bulge or wave, resulting from unbalanced
stresses in the metal. Buckles in the center of the sheet are referred to as center buckles and those away from the
center are called quarter buckles.

Stylized pattern located in the border area of a phototool to assist in phototooling alignment and/or registration.

The process of heating a developed photoresist image until the resist coating becomes chemically resistant, or the
process utilized to complete fine line image developing of photoresist.

The sharp protrusion of the edge of a slit or sheared strip resulting from the fracture effect of the slitting or shearing
operation; remnant of a breakout tab.

The deviation of the edge of a length of flat metal from a straight line. 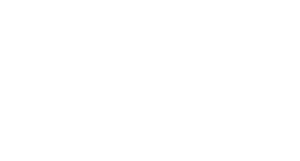